The 7 Deadly Sins of Social Media

The 7 Deadly Sins are a really useful trick to remember rules that people have used to guide their lifestyle choices for at least a couple of thousand years, from the Medieval Age, through the Industrial and Technological Ages. As we’ve now entered the Age of Social Networking, I was asked recently as a social media specialist to speak at a business event on how we could interpret them for today. So here are my 7 Deadly Sins of Social Media.  The 7 Deadly Sins of Social Media. #SocialMediaMarketing #SocialMediaSins Click To Tweet

Lust? It’s a great word isn’t it? I know, I know. Your mind has spun off at a tangent. I asked my friend Google and discovered that this four letter word could also be an acronym for Leaking Underground Storage Tank. But I digress; in social media terms it can be self-destructive when we lust after the wrong things. Some people lust after attention online. This sometimes leads them to make poor choices just to get followers. Such as using language that’s unprofessional in a business context. It gets attention, but often for the wrong reasons: it turns off potential clients. Keep your clients close by remembering that everything you say online is visible – there’s no such thing as a private message online.

Sometimes it seems like there are 7 billion social media platforms currently available. That works out as one per person on this planet. The social media glutton has an account on each one. The problem is that he doesn’t have time to get any work done because it takes more than 24 hours a day to post on them all.

The Greedy Social Media Sinner wants it all. He wants 100,000 followers by next week. He wants 10,000 Likes on Facebook and 500+ LinkedIn connections. BUT, he’s really doesn’t want to put the effort in to build a relationship with them. That’s too much like hard work. So he buys twitter followers from some dodgy online offer, and Links In with anyone at all – even if there’s no chance of any actual business coming out of it. The end result? A lot of empty numbers. Don’t be greedy, earn your followers by becoming a source of valuable information. This is the information economy after all.

The social media Sloth loves to tweet, facebook and share. But only once a week. Or maybe twice a month. Actually, she’s somehow too busy to tweet most of the time. The last time was in March, or was it January? Oh, and she loves to link her accounts so that all she has to do is tweet once and exactly the same message is shared everywhere. Hashtags and all. We all see the evidence of these people around us, but I urge you not to become one of them. 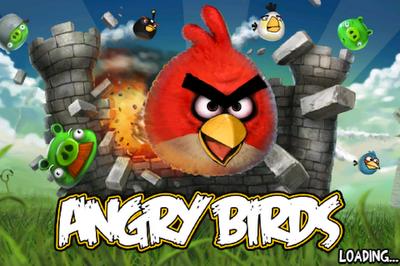 You’ve heard of Angry Birds. This guy is the Angry Tweeter. He’s always got a problem, always has a social wrong to right. He always gets bad service in bars and restaurants and the first thing he does is tweet it out for the world to see.

What’s wrong with this picture? All we know of him is that he’s always getting into an argument over something. Our conclusion? He’s got a bad attitude and we wouldn’t want to do business with him.

Every time I look on Facebook or Twitter, I see something that makes me grind my teeth. Have you noticed how everyone except you is having such an amazing time? They’re going to meetings that are more like drinks with friends than a sales pitch. They’re winning new clients every 8 seconds. They’re making money while they sleep! What?! Where’s all the hard graft of the real world? Why don’t they ever have a bad hair day or ever just miss the bus on a rainy day? Not everything people claim to have on social media is true. Who knew?! #SocialMediaSins #SocialMediaMarketing Click To Tweet

Of course, this is the social media world and these are just the edited highlights. For public consumption. Don’t worry about what they’re doing, concentrate on getting what you’re doing right.

How many Likes do you have on your Facebook Page? What about twitter followers? More than me, or him or her? Who cares? If all you talk about online is how utterly amazing you are, you’re a Social Media Sinner. When you think that what you do is more important than what we do, it shows. And shows repeatedly. Don’t misunderstand me. A certain amount of pride is actually a good thing IMHO. We should be proud of our achievements, but carried too far it becomes vanity or boastfulness. That’s when it becomes a real turn-off for us and that is why we unfollow you. Share your successes but try sharing those of others more frequently.

If you want a prosperous Social Media life, I urge you to avoid the 7 Deadly Sins of Social Media. If not, you may not be struck by lightning, but you’ll certainly incur the wrath of your clients.