How to Tackle Your Biggest Challenges

I’m going to let you in to one of the secrets of my success. Whenever I meet a potential client I ask what their biggest challenges will be for the next 12 months. The answers vary but the ones that overcome them use a variety of skills. Here are the top three of these skills. Learning them could give your business just what you need to overcome yours.

“If all it takes is an angry stranger to ruin your day, what are you going to do if something really serious happens? Why give someone else control of your life like that?” Jeffrey Gitomer

If we don’t tackle challenges from the right angle we can’t hope to succeed. You can read more from me about how attitude is about your angle of approach here but it boils down to this: the biggest obstacle to tackling a challenge is you. If you don’t believe you are up to it, you won’t be. Of course belief isn’t enough; faith in your abilities alone won’t get you to the top of Mount Everest. You’ll need equipment, training, a team of professionals, physical fitness and some experience. But even if you have the best of all of these, if you don’t think you can do it, you won’t be able to. So work on your attitude today, tomorrow and don’t stop. Taking charge of your life is a lifelong practise.

The problem with difficult challenges is that there comes a point when they seem impossible to achieve. The bigger the challenge, the longer they can take. We start off full of enthusiasm, eager to take it on. Then it gets hard and we head toward what Seth Godin calls The Dip. The point where we don’t seem to be getting anywhere with it. Sometimes we even seem to be going backwards. It seems pointless to continue, you’ll never get there anyway and you’re just exhausting yourself.

That’s precisely the point at which we should use a little objectivity and assess the project. Is it still a good idea? I’ll talk about that in the next section of this post. Let’s say you’ve looked at it rationally and it’s still a good idea but you just don’t know whether you’re up to it. That’s when we have to remember Nelson Mandela’s words and take another swing at it. Nothing great was ever achieved without perseverance and persistence. Every time you are knocked down by your challenge, get up again and have another go. Afterwards you’ll look back and wonder what all the fuss was about; of course you succeeded.

This is the ability to remove your own emotions and look rationally at a project. It’s a key skill and it’s what will prevent you wasting time and resources. Will that business idea actually work? Is there a big enough demand in the market to justify this new product? Step out from yourself. It doesn’t matter if it was your idea or not, if it can’t work you need to know it as soon as possible. 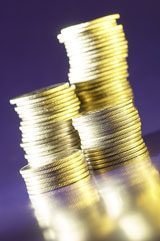 Let me tell you about Jay (name and gender changed to protect the innocent!). A few years ago, he had to face financial reality when he was told that he owed £50,000 on his credit cards. For a little while he was pretty depressed about it. He had no idea how he could tackle the challenge of finding that money. His income was fixed and he wasn’t a big earner. He’d just piled up small debts over the years until it had reached this point.

It seemed impossible but he couldn’t just give in. Declaring bankruptcy was out of the question for him. So he took a deep breath, decided to ignore his emotional state and sat down with some blank paper. He broke down his debt repayments into small monthly amounts. He brainstormed and came up with some ways to add new income streams by starting an online business (that’s how we met him). He made a plan and decided to tackle his enormous challenge rationally by breaking it into bite-sized chunks that he could manage. It took him a few years and a great deal of persistence and self-discipline, but today he is debt-free, happy and makes a good living from the website we built for him. He says if he had given in to his emotions he’d never have managed it. Being objective when he needed to enabled Jay to change his life.

If you want to know more tips for overcoming challenging times? Get in touch with me through our enquiries form or buy me a coffee. I love talking about this stuff.